Three Electrical Emergencies to Keep an Eye on at Your Workplace

Most electrical emergencies can be avoided if you employ proper safety measures. However, certain electrical hazards can still occur. With that in mind, what emergencies should you keep an eye out for at your workplace? Read on to find out.

A random power outage can begin at any moment. It happens when the electrical current goes off without warning. This electrical blackout could be caused by a faulty electrical appliance, a wiring problem, or a power surge that causes the circuit breaker to go off.

For example, high energy demand from an appliance can cause electrical wiring to overheat, making the electrical breaker go off. Other appliances might also create electrical power surges which can make circuit breakers trip. Whatever the case, electrical power outages are a huge inconvenience, especially if you operate a busy business establishment.

While it might seem like an easy thing to do, DIY electrical work is dangerous. It can result in serious electrical hazards at your workplace, including accidental fires. So, it's best to leave electrical repairs and maintenance up to the professionals.

Electricity can also produce sparks that release electrical discharges. If power is allowed to flow through an electrical appliance that has insulation damage, these visible sparks will occur. This situation can result in electrical fires and loud explosions.

Because of the sensitivity of this issue, you might expose your workers and customers to serious danger if you ignore these symptoms. Make sure you act quickly and contact an emergency electrical contractor to fix these problems.

Another electrical emergency you should keep an eye out for is electrical shocks. Electrical shocks can cause harm to your workers and customers, especially if electrical currents come into contact with water. In addition, damaged outlets can give off mild shocks that can be a disaster waiting to happen.

It all starts when an electrical current flows through a person and creates electrical currents within their body. This electrical charge can cause health complications to an unsuspecting victim. Severe shocks can also cause electrical fibrillation thus affecting a person's heartbeat, electrical paralysis, and even cardiac arrest.

You know your business's electrical system better than anyone else, so keep a watchful eye out for electrical emergencies. So, if you notice any shocks on switches and outlets, contact an emergency electrician as soon as possible. After they fix the problem, they will make sure electrical currents are properly grounded to the electrical system. 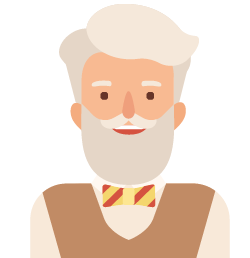 When it comes to owning a building, be it a residential or a commercial building, one of the many things that you are responsible for taking care of is the electrical side of the building. Knowing how to take care of your home or business’s electrical system can be challenging if that is not something that you know a lot about. At Electric Function, we are here to help educate you about how to keep your home or building’s electrical system working properly. We are here to help you learn what to do if you encounter an electrical problem so that you know how to stay safe and what to do next to fix the issue.